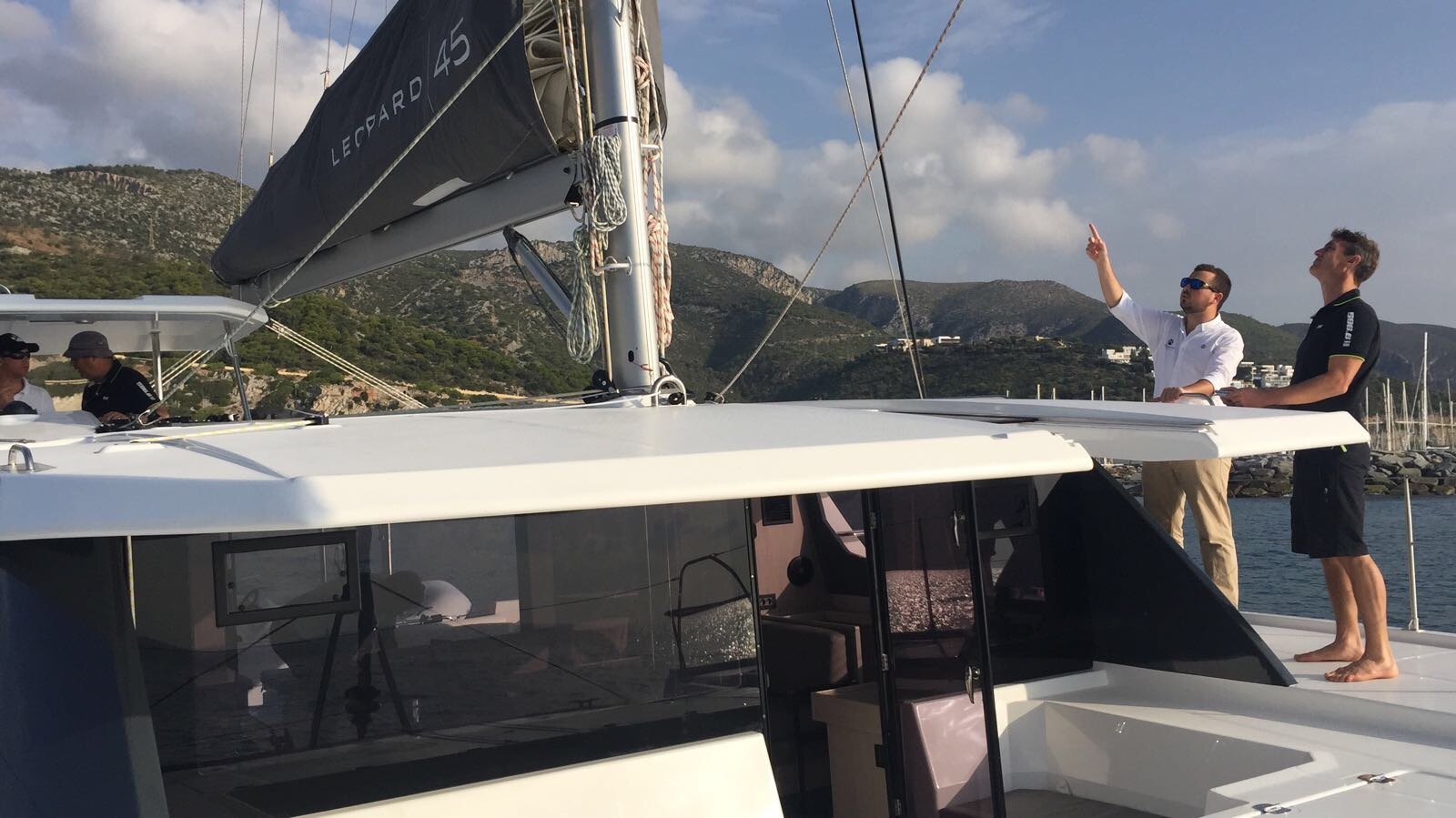 The Leopard 45 has been considered for Boat of the Year by Yachting World Magazine in Germany.

The sea trials to put this boat to the test are taking place from 17-19 October 2017 out of Port Ginesta, Barcelona with journalist from all over Europe.

This is not the first time the Leopard 45 has been put to the test for a Boat of the Year award and we are hopeful that our award-winning boat will take home another title. The performance of the Leopard 45 has been good thus far, despite lighter winds. As with most people who step aboard this yacht, the journalist have been impressed with the open-concept space, the forward cockpit and the high-quality equipment.

Tomorrow will be the final day of sea trails, and then the judges will deliberate to make their decisions. The winner will be announced at the Düsseldorf Boat Show in January.

To see how the sea trials have been going so far, click the button below to view the photo album!