Understanding Polar Diagrams: Sailing by The Number to Maximize Performance 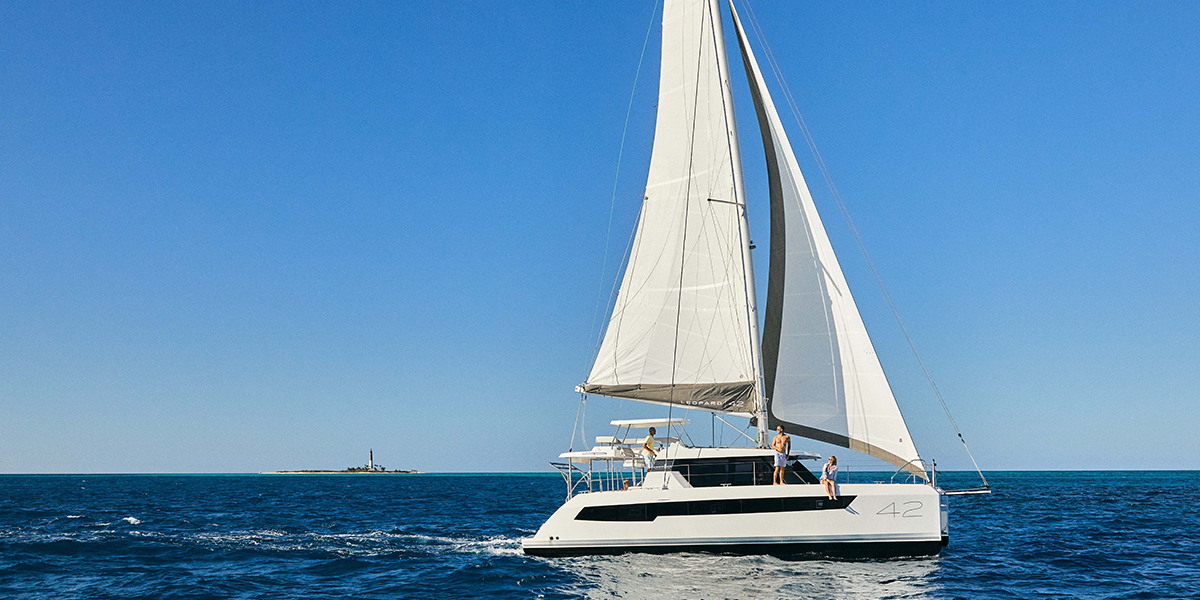 Remember studying for that high school math test and wondering why you had to learn stuff that you would never use again?

Well, surprise! It turns out that math is at the very heart of the sailing experience. Indeed, your Leopard is essentially a massive collection of calculations and equations slicing through the water.

Perhaps the most helpful bit of seafaring math to understand is your Leopard’s polar diagram. A polar diagram shows how fast a sailboat could potentially travel at different wind speeds (TWS=True Wind Speed) and various angles to the wind (TWA=True Wind Angle). Every sailboat model has a unique polar diagram, which displays the results obtained using a  velocity prediction program (VPP) based on the craft’s weight, hull shape, rigging and sail setup.

You can find your Leopard’s polar diagram below:

The calculations represented in your boat’s polar diagram are a powerful tool for charting a course, estimating passage times, and choosing your sail plan for maximum efficiency.

"The polar is an excellent way to answer the question, should I still be sailing with a jib, or should I switch to a spinnaker or a reacher,” says yacht designer and naval architect Alexander Simonis. “Everybody knows that when you sail downwind, the jib is not that efficient. You go to a spinnaker, an asymmetric spinnaker, a gennaker, as a downwind sail. But when you want to know something more specific, such as, what sail is best on a reach in 25 knots of wind? Or should I switch now to another sail? That’s where the polar can help.”

While a polar diagram can look daunting at first glance, it’s actually pretty simple to follow.

The colored curves, overlaid on the grid created by the straight lines and circles, plot the boat’s predicted speed at various combinations of TWS and TWA. The colors represent different sail plans.

The diagrams are usually divided into upwind and downwind sections. 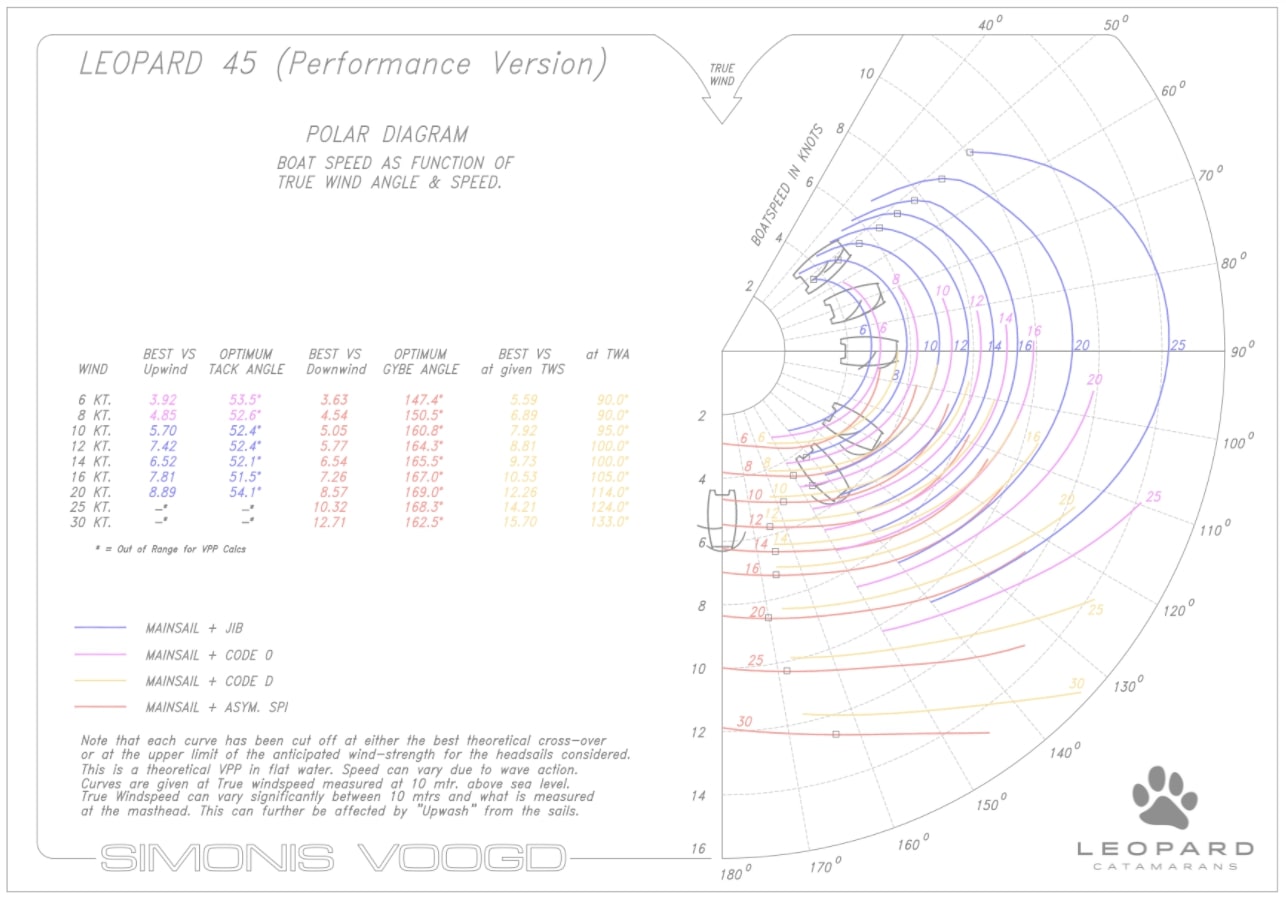 To read the Leopard 45 polar diagram shown here, start by looking at one of the colored curves — say the blue line, which tracks the mainsail and jib sail plan. As you trace that curve through different TWAs, you can see the predicted boat speed with that sail configuration. At 50 degrees TWA, for example, your Leopard 45 should be making 10 knots. At 120 degrees, the boat should travel at 12 knots.

If you’re not making those speeds, your sails may need to be trimmed.

The velocity prediction data displayed on a polar diagram can also be presented in table form. One way to get maximum use from data is to laminate a copy of your VPP table and post it near the helm for quick and easy reference.

According to Simonis, the popularity of using polar diagrams has only recently increased with recreational sailors. Why? Maybe it’s another example of how we’ve come to embrace the power of data in our lives.

Or maybe math teachers are just doing a better job of selling their subject.