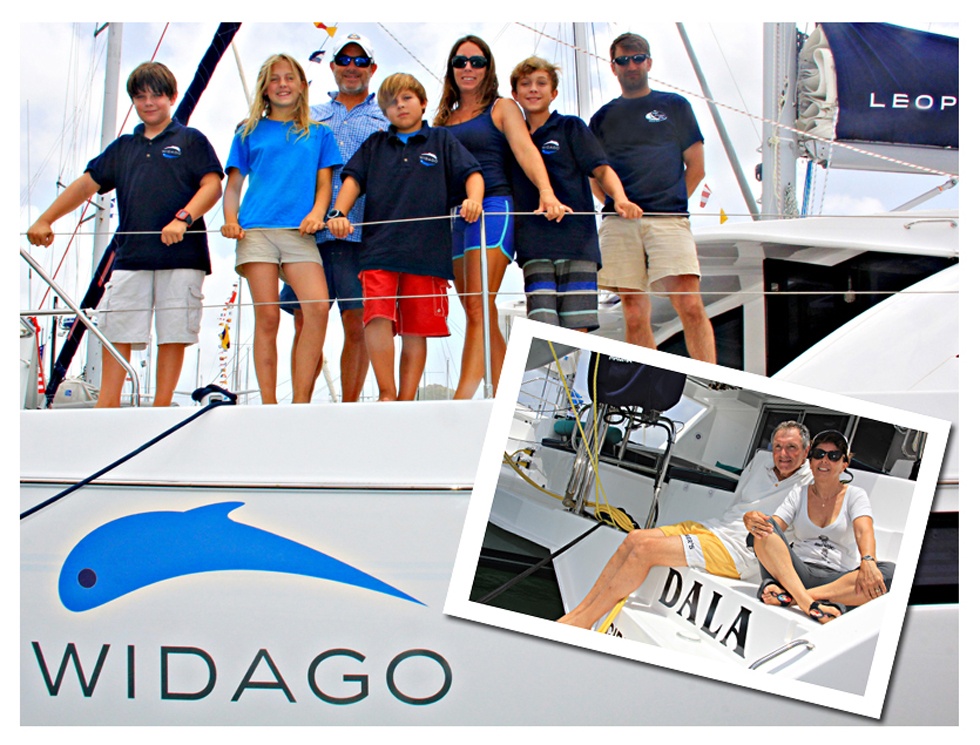 Two Leopard 48s are set to depart Nanny Cay, Tortola mid-day tomorrow with the World Cruising Club's ARC Europe Rally. The next stop for Albert Levy's DALA and Guyon and Ali Moseley's WIDAGO will be Bermuda, 850 NM away. After that, they'll be underway until they reach the Azores. Ultimately, DALA will finish the rally in Portugal, WIDAGO in England.

For cruisers who haven't crossed an ocean before, or simply enjoy the support that comes from planning and making passages alongside others, the ARC rallies are a terrific way to travel.

The pre-departure part of the rally has included 5 days of activities centered around safety preparations, getting to know the other participants, and administrative details such as clearing customs. Taking on these tasks on a schedule, as a group, can take some of the stress out of the planning process. The group in Tortola even had two buses take them to Riteway to provision!

For the Moseley family, who is traveling with their three middle school aged boys, the planning for their extended cruising aboard WIDAGO began about 4 years ago. They'll participate in four rallies with the World Cruising Club, including a circumnavigation. Guyon explains the value he sees for his boys: "It's really just great quality family time, and an amazing view of the world that few people get at their age. Only 20% of the particpants in the World ARC are American boats. It's a very international group, and they'll have a lot of experience being around adults. The amount of confidence it can give them is going to be great."

Albert Levy and his first mate Joelle will be making their first ocean crossing on this trip. They have a professional captain on board to assist, and for the last leg of the trip, from the Azores to Portugal, Albert's brother-in-law will join the crew. After a couple of years with DALA based in and around the Med, Albert and Joelle plan a 3-6 year leisurely circumnavigation. Albert is from France and expected to buy a cat from a local builder. After a disappointing day at a boat show viewing the French cats, he returned and found what he was looking for with Leopard. After nearly two weeks sea trialing the Leopard 44 and Leopard 48 on charter in the Caribbean, he settled on the 48.

This week, both Leopard 48s have enjoyed being across the dock from each other in Nanny Cay marina. As Ali Mosely says, "the community of Leopard owners is really special." Both are also very pleased with their boats and cite the forward cockpit as a favorite feature and significant factor in choosing a Leopard. For the next several weeks, WIDAGO and DALA will enjoy crossing an ocean together, along with 51 other boats. We wish them the best on their Atlantic crossing and beyond.