Blog > The Relationship Between Leopard and The Moorings Explained

The Relationship Between Leopard and The Moorings Explained 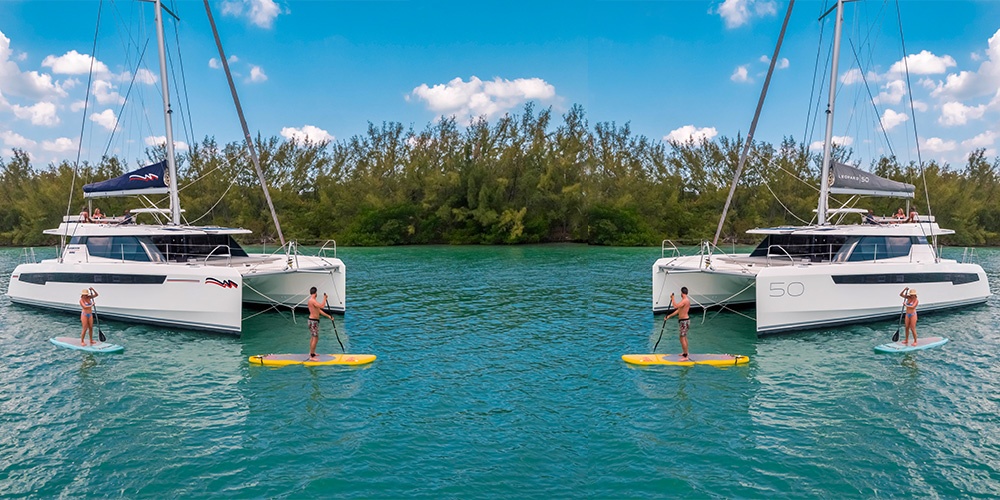 The History of Leopard and The Moorings

In 1994 the world’s largest charter company, The Moorings, was looking for a company to build catamarans for their charter fleet. After a successful background of custom and racing yachts, Robertson & Caine of Cape Town, South Africa was chosen by The Moorings to build a rugged catamaran up to the challenge of not only chartering, but crossing every ocean during their worldwide deliveries. These yachts not only had to be robustly constructed, but had to be easy to handle, easy to maintain, and of course, fun to sail!  After five years of building exclusively for The Moorings charter fleets, there was soon a demand from customers asking how they could own these boats privately. With the growing popularity of The Moorings catamaran models, building for private ownership was a natural evolution.

The Introduction of Leopard Catamarans

In 2000, market demand brought on the launch of Leopard Catamarans. While purchasing a catamaran into a charter fleet is a great way to own, it is not for everyone.  There were plenty of people asking the question, "How can I buy one and keep it for myself." The two brands, The Moorings and Leopard Catamarans, are sister companies created for the client depending on what they want out of owning a yacht.

How do the boats differ?

The same perimeters of well-built, ease of maintenance and ease of handling was an essential request from private owners looking for the same features as the charter boats.  However, the needs of private ownership are different than the needs of charter ownership. Many private owners are full-time or part-time live aboard and thus need a multitude of choices. Leopard Catamarans offer features geared toward more comfort with large owner staterooms (three cabin versions with the entire starboard hull dedicated to an owner suite), additional storage space, options such as washer / dryer, watermakers, expanded electronics, and more. All built in the same plant, to the same design and high standards, but each one built to the owner’s choice of layout, options and colors.

Is a Leopard Catamaran considered a Moorings Catamaran?

In the short answer, no. However, you could say that a Moorings Catamaran is considered a Leopard Catamaran. As I mentioned previously, when you purchase a Leopard Catamaran you are given the opportunity to outfit her however you desire by choosing from our extensive option list. When purchasing though The Moorings, your boat has a nonnegotiable list of options, for the reason of keeping the charter fleet uniform.  As a Leopard Owner you could build your boat to fit the exact criteria of a Moorings Charter Catamaran, the only difference between the two boats would then be that the yachts are branded differently.

Fast forward to 2018 and the two brands continue to coexist in harmony.  Leopard Catamarans has grown very fast over the past decade, spanning to six continents and 20 countries, becoming the industry’s leader in the production and delivery of quality catamarans for private and charter fleets worldwide. 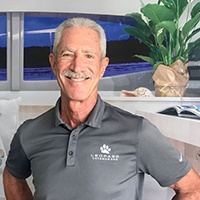 Bob started out in the boat business living aboard and cruising the Caribbean and Bahamas while managing his own yacht brokerage 40 years ago. Bob has been selling yachts with our company for over 25 years, having been with Leopard since inception. He remembers working boat shows where the question was “What is a Leopard Catamaran?” to now “Where are the Leopard Catamarans and when can I have one?” His goal has always been to treat clients as he would like to be treated, with respect and transparency, going that extra mile before and after the sale.
bross@leopardcatamarans.com