The Family That Cruises Together, Stays Together 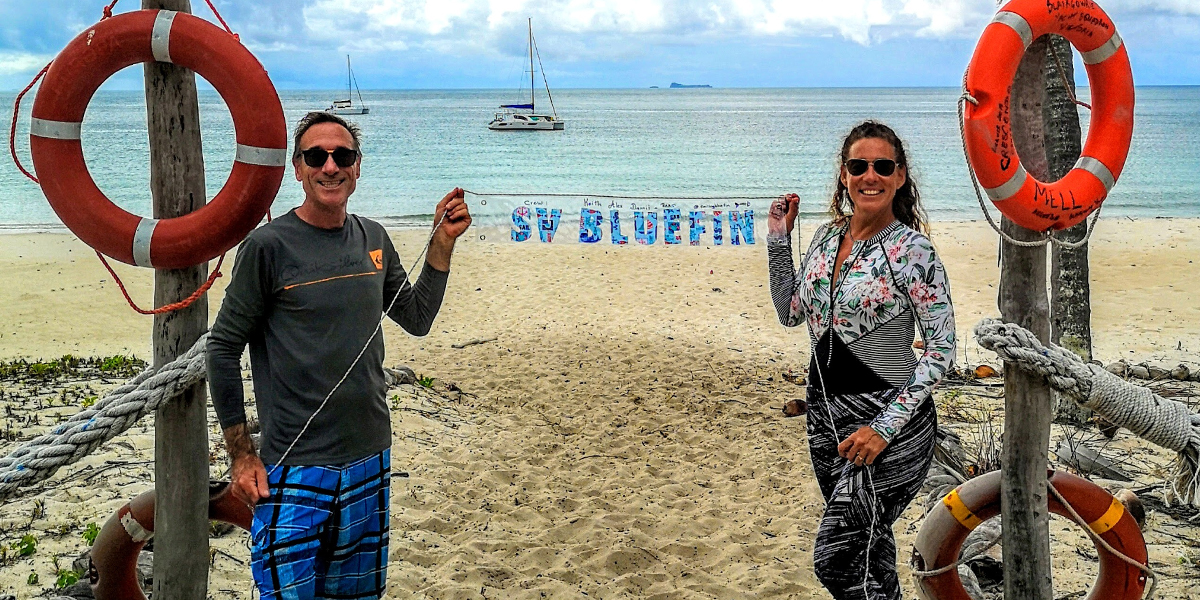 When the Wiggins family — Keith, Alex, and their daughter Dannii —decided to chuck their traditional lifestyle in Sydney, Australia to become full-time cruisers, they didn’t have far to go.

“We had a house on the water, with a dock at the bottom of a hill,” says Dannii. “We docked the Leopard there, gathered everything we needed into boxes, and walked up and down 200 stairs until we've moved everything from the house onto the boat.”

Today, the Wiggin’s spend their days sailing the blue waters of the South Pacific in their Leopard 44, visiting remote islands straight out of Robinson Caruso, making new friends, and, in Danni’s case, earning a college degree. 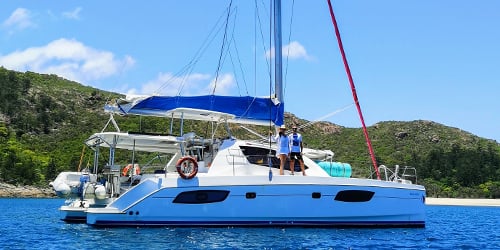 The Wiggins took up sailing about ten years ago when they moved from Brisbane to Sydney.

“We thought, well, we need to do something to have some fun here in Sydney,” says Keith. “We bought a very small monohull, and then over the years, we gradually worked up from smaller to bigger.”

The family’s monohull experience topped out with a Hunter 31. But by that time, as they began to contemplate a retirement spent on the high seas, Keith and Alex realized they wanted a catamaran.

“We looked at a lot of different traditional-type catamarans,” says Keith. “Definitely, the Leopards for us came up as the best balance of everything in terms of design, performance, size, and space, and so forth.” 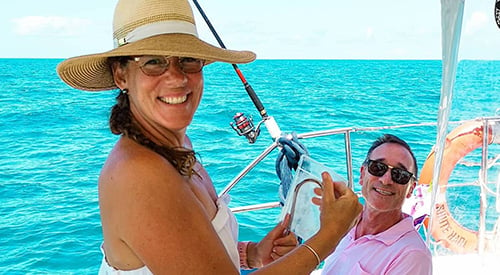 Three is better than one

Apparently so. The Wiggins went on to buy three Leopards. They purchased a used 38, then a second 38 that was more to their liking. A year ago, the family decided they need a bit more room. So, they traded up to their current 44. They rent the other 38 through Sunsail Ownership.

Among the features that sold the Wiggins on Leopard are the galley location, the visibility from the cockpit, and such safety features as the sealed engine compartment and bow crash boxes.

In 2017, Keith, a management consultant, and Alex, who worked for a cruise line, decided it was time to retire. Keith was 58.

“We decided to retire because we thought, well, we're still able and young enough to manage sails and all these things that come along with sailing,” says Alex. “It is quite a lot of work. So, we decided to sell our property and just embrace the cruising life.”

Dannii, who was headed to college, elected to take a gap year to sail with her parents. Her friends, who were all champing at the bit to get away from parental oversight, thought she was crazy, but Dannii loves the closeness and connection of sailing with her mom and dad. Indeed, that gap year became a gap of 18 months. When COVID hit during her junior year, and college classes moved online, Dannii rejoined her parents at sea. 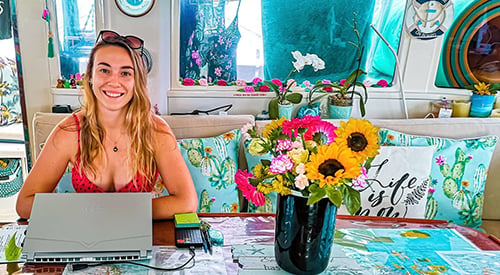 The possibilities are endless

The Wiggins spend most of their time exploring Australia’s sprawling East Coast and the countless South Pacific islands. Just as Atlantic and Caribbean cruisers must avoid certain latitudes during hurricane season, Aussie sailors have to plan around the cyclone season, which is felt most in Northern Australia. Beyond that consideration, the Wiggins simply wander wherever the mood, the winds, or a meet-up date with boating friends takes them.

Despite all their adventuring, Dannii says they have so much more to see. “We have the whole Great Barrier Reef to explore basically,” she says.

The family is also dedicated to protecting their new home. They recently joined a flotilla of private boats organized by the non-profit Ocean Crusaders on a week-long effort to remove trash and plastic from the beaches of the Whitsundays, an archipelago of 74 tropical islands located off Queensland, Australia in the heart of the Great Barrier Reef.

“We collected a whopping 2,000 kg of rubbish,” says Dannii. “We hope to spread awareness about the major plastic pollution issue in Australia. Many people think we are not affected by it because we are a first world country, but that's not the case! The effects of plastic pollution can be greatly seen on Australia’s eastern coastline.” 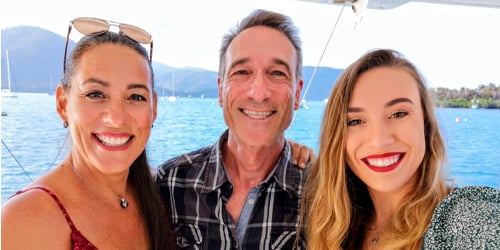 Keith and Alex haven’t given any thought to if or when they might return to land life. Dannii is pretty sure her parents will have to be brought ashore kicking and screaming.

As for her post-graduation plans, Dannii says: “I think living in a house would feel weird for me now. I’d like to find a job I can do online, so I can keep living this dream.”