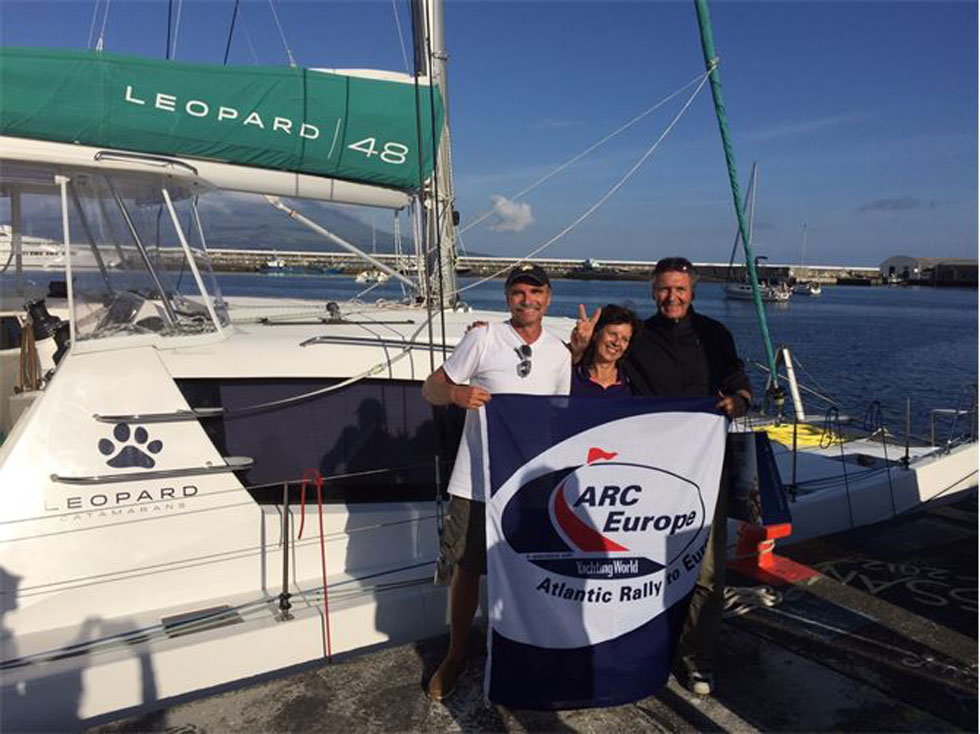 Albert Levy, his first mate, Joelle, and expert crew Richard, arrived in Horta on Sunday after just 11.5 days crossing from Bermuda to the Azores. They finished the 1800 NM passage nearly 24 hours before the next boat.

Albert and Joelle are celebrating two firsts: a first place finish and a first ocean crossing. "We are very happy and have some difficulty in realizing that we did it!" says Albert.

The DALA team made some good decisions to take proper advantage of stronger winds during the first half of the trip, pulling into the lead early. They took a slight northerly turn on day 2 to avoid sailing dead downwind. The next day, they gybed onto a starboard broad reach, right on track for Horta with VMG = SOG. Under the full main and code zero, Albert reported a personal-record top speed of 15.5 kts!

As the wind diminished during the second half of the trip, they held their lead and began to enjoy life at sea in calmer conditions. Their luck with fishing proved inversely proportional to wind speed as they hooked 3 sailfish during this time. Eating well and saluting the marine life that passed by became the new modus operandi for the crew.

But Albert tells the story best in his blogs from the trip, including the problem-solving they had to engage in for much of the first half of the trip. The blogs are a joy to read, but read them at your own risk. You'll be inspired to take on an adventure like this of your own! There's no doubt that Albert has a true appreciation for what a great accomplishment this was, and also how lucky he is to experience it. He writes:

Nearing the end of this leg of the crossing raises all kind of thoughts, fighting between them to catch my attention. I wrote a few days ago that I was thrilled to cross the Atlantic for the first time. Approaching Horta, I feel I'm also paying my respects to those huge navigators, explorers and sailors, among them Joshua Slocum, who sailed there under extremely less comfortable conditions than what we are enjoying. They paved the way for our own adventure. Thank you very much indeed, Gentlemen!

Congratulations to Albert and Joelle from the entire Leopard team.

To read Albert's blogs and view more of his photos, visit the ARC Europe Daily Logs page, and filter by Dala.