Cooking Across the Sea 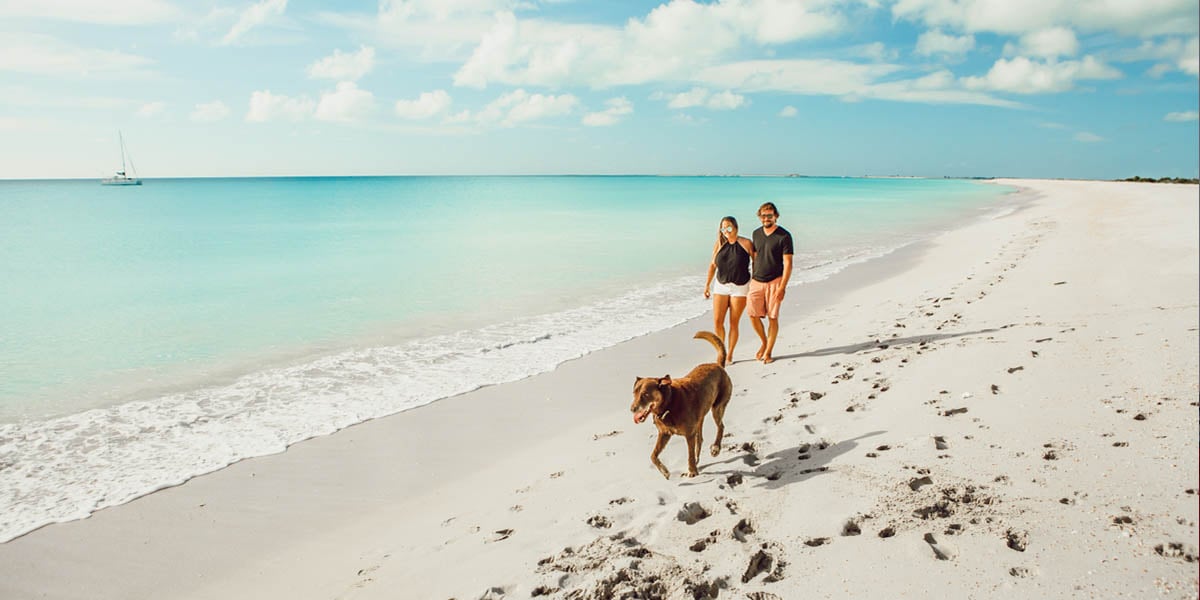 What happens when a craving for a specific food strikes when you’re sailing? In a word, you work with what you have. At least, that’s what Brooke Bass did when she was hungry for Chinese food while she and her husband, Barrett, were cruising along on their Leopard 40, named S/V Soulstice.

“In our galley, we had a head of cabbage, soy sauce, oyster sauce, some peanuts and hot chili peppers,” says Brooke. “I served it with some soba noodles we had on hand. It turned out to be lovely.”

She makes it look easy. That’s because Brooke is an accomplished cook and almost always the chef de cuisine aboard Soulstice.

This simple dinner is but an example of Brooke’s passion for cooking. And, her love of food coincides well with her love of fishing. On many nights, the day’s fresh catch was on the menu.

One of her favorite preparations is fish tacos, made simply with a Creole and Caribbean inspired twist. The fish was pan-seared and served on tortillas over a bed of maque choux – Louisiana’s version of succotash – with corn enriched with coconut milk.

And then there were the days when she would catch tuna or wahoo and make sushi. If Brooke and Barrett were around other sailors at the time, they would have an impromptu get together  and all sample this handmade treat.

But let’s back up. Before they set sail, Brooke and Barrett were living in Portland, Oregon. He was working in the shipping industry as an agent for large cargo boats, and she was a full-time blogger and recipe developer. Both had fallen into a predictable routine and they wanted a break. Both were in their mid-20s, and they started having conversations about a different way of living.

Over the next few years, their amorphous dream took shape. They asked themselves, “Why not live on the ocean?”

“My husband and I both had a little bit of sailing growing up, mostly on little boats like Sunfish at summer camps,” says Brooke. “He had a little more experience than I did. Neither of us had experience on big boats, nor exposure living aboard or cruising.”

Once they made the decision to set sail, there was nothing that could deter these two.

In short order, they rented out their home and sold or gave away most of their belongings. And then, they bought their first boat. They started out in a monohull. For a few months, they did some sailing around the Gulf Coast and the Bahamas. The two relied heavily on the knowledge they had garnered from YouTube videos and guides on sailing, and they got the hang of it quickly.

They fared well, until one fateful evening when Barrett and Brooke’s boat was struck by lightning during a storm. It was considered a total loss by their insurance company.

Afterward, the couple took some time to regroup, kicking around the idea of traveling with an RV. Eventually, though, they realized that their hearts belong to the sea. So, they started reaching out to fellow sailors.

In life’s serendipitous way, they soon stumbled upon a couple who were planning  to part with their Leopard 40. Brooke and Barrett were thrilled. They went and met the couple, who gave them a tour. Brooke remembers that it was everything they wanted in a boat and more. It was well outfitted and maintained, and there were customizations to the cabinetry and electronics.

“So, the rest is history from there,” says Brooke. “We bought the only boat we looked at, and we loved it. We still love it.”

They were familiar with the brand after having taken a trip with another couple who were Leopard owners just a short while before. “We were with them and got on their boat, and we were both thinking, ‘Oh my gosh. Catamarans  are a totally different ball game. We can live like this much more comfortably,’” says Brooke.

And, just a short while later, they were.

S/V Soulstice is one of only a handful of early 2000’s owners’ version Leopard 40s. It’s beautifully unique but still has the feel you associate with a Leopard. The dedicated owners’ hull is spacious and features ample closet and locker space, as well as a large shower. The guest hull has one full aft berth, a full head with dry shower, and one half berth with a custom built-in tool chest.

During their travels, Brooke and Barrett have sailed all around the Caribbean. Some of their favorite places include Grenada – which Brooke describes as an off-grid, jungle-type of island with fantastic street food. And then there’s St. Barth’s , where Brooke appreciates the curated wine collections cheese selections in their stores.

For fun in the water, she loves the southern islands of the Bahamas, particularly the islands of Great Inagua, Acklins, and Conception , where she and Barrett spent time snorkeling, jumping off your boat, sitting on the beach, playing in the water with their dog and spearfishing.

They also discovered the best places for provisioning. George Town was on the top of the list because Brooke could find spinach, kale and sometimes avocados. On other islands, the selection was limited to maybe a bell pepper, onion, and a head of cabbage (for a delicious  Chinese dish, of course).

“I felt very comfortable with how to provision, and I found that I needed to be at a place like Georgetown about once a month for my level of joy in the kitchen,” says Brooke. “I also grew my own lettuce and sometimes herbs.”

Of cooking in her Leopard’s galley, Brooke says it’s not much different from a house kitchen, other than the smaller space. She made it work, and she says that cooking on the catamaran had made her a better cook. 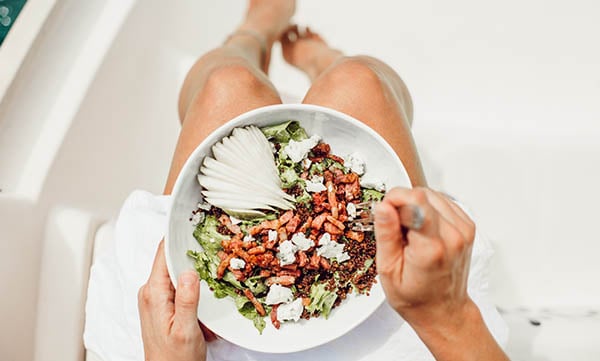 “I didn’t even know that I could evolve in such a new way, but because you don’t have the internet, a farmers market or a new restaurant down the street to inspire you, the question is sometimes, ‘What’s left in my cupboard,’” says Brooke.

She drew inspiration from her dry provisions and her spice drawer to create globally-inspired food. For Brooke, the experience has made her think more outside the box. She kept journals of the meals she created. Now, she’s using these notes for her own cookbook, which is forthcoming. In it, Brooke will talk about all of the adventures – and misadventures – that she’s had cooking the galley, while sharing her recipes.

Circling back to their life on the sea, Brooke says, “It’s just indescribable and magical. Sometimes you have these great surprises, like a pod of whales swim by your boat, or dolphins go and play in your wake, or you’re night sailing and you see more stars than you even knew existed.”

As Brooke wrote on her blog, Chocolate + Marrow, “Life is short. To feel it at its core, its absoluteness is the only way I can imagine living. It’s as Henry David Thoreau once put it, sucking out every bit of marrow you can from the lived experience.”

Her final bit of advice is to “harness yourself in and suck out all the marrow you can from today. Because who knows where life will take you next?” 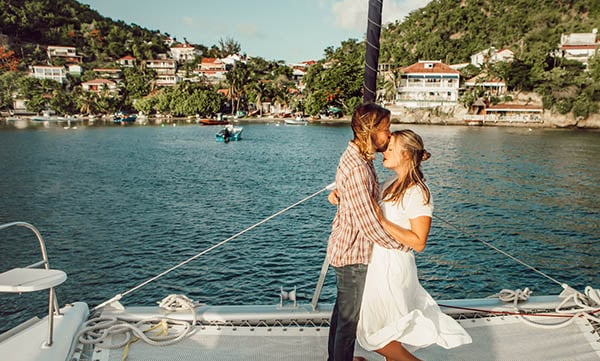