Setting sail for three years in the pacific aboard a Leopard 50 sounds like any sailors dream. But as we know, when it comes to sailing, things don't always go exactly as planned. After months of planning Leopard 50 owner, Mr. Wong, set sail for a three year odyssey in the the Pacific and beyond. But no one could have ever expected what would happen next!

Where the passion for sailing began

"I have always been an explorer at heart, I love adventure and exploring different parts of the world. I had a second hand powerboat back in 1992 for a few years, but didn’t have enough time to enjoy it as I was still working and my kids were still too young then," Wong explains. His dream was to sail around the world, but it all came down to getting the timing right. He bought his first sailing catamaran in 2013 and took his family sailing all over Southeast Asia.

Landing on a Leopard Catamaran

Wong reveals, "When more of our friends came to hear about our sailing adventures, they grew curious and started asking if they could rent our boat to experience it for themselves, which led my daughter to start a yacht charter business with our first catamaran."  Because the charter business picked up, he was not able to use the yacht to go sailing as much as he preferred, but he still eagerly wanted to go sailing around the world.

While perusing catamarans at the Singapore Yacht Show, Wong stumbled upon the Leopard 50. It was the layout and position of the helm station and ease of single handed sailing that won him over. "l Iiked the design. Unlike other catamarans of similar size, the Leopard 50’s helm is situated at the side (instead of in the center), which gives me a good view of both the upper deck and the lower saloon from the helm. I enjoy sailing and helming myself, so this design suited me the best," Wong observed.

As soon as Wong took ownership of his new catamaran, he hit the ground running. "Since I bought this catamaran I have not stopped sailing. I have had the pleasure of visiting many beautiful islands such as Phuket, Koh Samui, Anambas, Tambelan and Badas Islands, Pulau Tenggol, Pulau Redang, and many more." Wong explained that one of his biggest inspirations for sailing is what he has learned from people he has met and friends that he has made in the sailing community. He shared that the more he sails, the more experience he gains, and the more he sails, the more he meets like-minded people who enjoy what he enjoys-- discovering the world.

Mr. Wong set off from his home country of Singapore on February 2, 2020. His mission was to sail from Singapore to the French Polynesia, making stops in various countries along the way. He explained that he planned for the trip to take about four months.  But no one could have guessed that a global pandemic would send the world into lock down. Wong departed Indonesia and set off for Papua New Guinea only to discover from his family via satellite phone that the country had closed their boarders. Wong decided to carry on to the South Pacific, but once he was half way there, he discovered that those islands were also closed. After hitting a series of islands that had closed their boarders he was still able to manage to get provisions and fuel delivered to his boat.  "As I sailed I discovered that there were many islanders in remote islands who were very friendly and hospitable, they have given me so much without asking for any reward," Wong explains. Wong was at sea for three months when the Fijian government agreed to let Wong to enter the country. 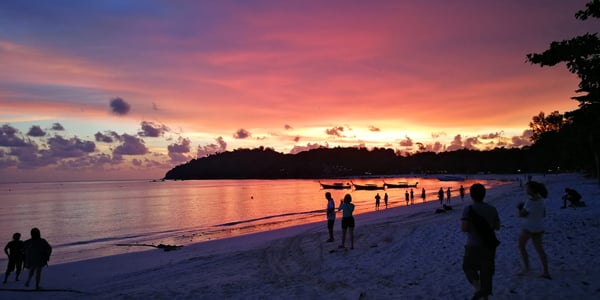 The voyage must go on

All sailors understand that things happen, that is just the way it goes in the life of a cruiser. While this situation was particularly out of the ordinary, you've got to roll with the punches. And that is exactly what Wong has decided to do. As soon as he can continue on his journey across vast oceans, he intends to do just that. "I realize there are so many undiscovered islands in the world that I have yet to visit. Once restrictions are lifted in Fiji and we are allowed to sail, I’d love to explore Fiji first, the waters here are so beautiful. After which I’d like to continue my journey towards my original destination in Tahiti, French Polynesia. 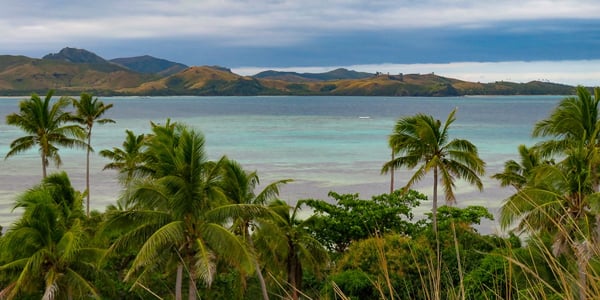 Advice for anyone who wants to live the dream

"I would say just do it!" Wong continues, "The more you sail, the more experience you will gain along the way and the more involved in the sailing community you will become. Hence as you sail, you will be able to build your confidence out at sea. Many people who have not sailed before think that it’s very dangerous/risky to sail out at sea. For me, I believe there is always a risk in whatever activity you engage yourself in, and you can never ever prepare enough. Don’t overthink and let the fear of these risks stop you from setting sail. As long as you do your research and seek advice from friends or sailors who have sailed your intended route before. There is plenty of knowledge sharing available, especially online -- Facebook groups, YouTube videos, books, etc. I have met so many sailors here in Fiji from all over the world who have crossed oceans, it’s perfectly doable!"

As an experienced sailor, Wong is full of good advice, and he did not hesitate to give us his best. "Always stay calm, there is no need to panic. You can always fix something that is broken. And before departure make sure that all of your safety and emergency equipment are in working condition. Also, I recommend that you always check the weather forecast and keep in touch with friends or family (via satellite phone) so someone is aware of your location, and they can warn you of any weather changes," Wong advised.

When the time is right and the world is safe, we hope that Wong will be able to continue on his journey around the world.

To read Wong's full story or his 3 months at see, which made international news, follow this link.